Thornton in Craven to Malham 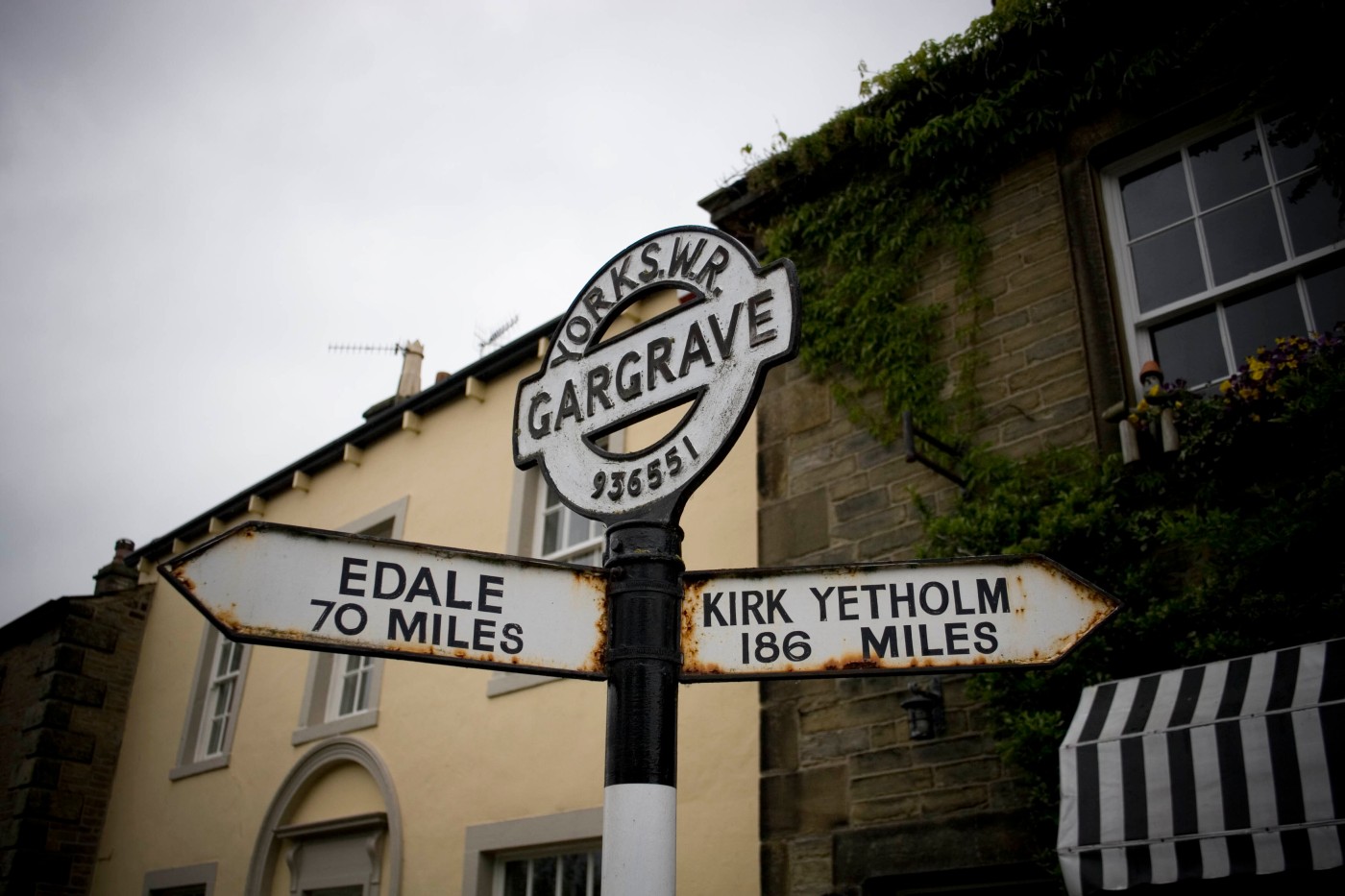 Day Two. A coffee and a banana were the best Earby had to offer for brekkie and we set out before 9am towards Thornton in Craven, the official start of our second day walking.

Farmland dominates this part of the Pennine Way until the path hits Yorkshire again, and despite a near miss

with a quicksand mudfield we made our way onto the Leeds-Liverpool canal hoping to reach Gargrave for noon. But just a mile from our intended lunch stop our path was cut short. We’d hit the end of the road. My trusty OS Explorer ran out. I’d miscalculated the scope of the maps we needed. We had no choice but to invoke our back up plan and swap to my Dad’s Landranger map.

This was significant. Landranger’s (the pink ones) don’t go to the same level of detail as their orange coloured counterparts. they are fine for navigating roads, but Explorer’s detail the landscape down to individual fields. Within minutes of following the path from one scale to another we were off The Way. Only a field or two from our course but with no idea whether the path lay East or West. Our new map lacked the detail to gauge our bearings. Glacial drumlins blocked the horizon in all directions. Faking expertise and determined that I could prove my Cub Scout Orientation badge was worth something, we headed aimlessly north in the hope of reaching the crest of a hill and spying Gargrave and the promise of lunch.

Not long later, and at the point that all the fields suddenly seemed to be protected with barbed wire we became a little uncomfortable. Descending cautiously into the umpteenth trough of the umpteenth sheep-shit covered peak, we came across a herd of cows that looked grumpier than us. As we crossed the field field diagonally they looked up from their muddy corner looked up and watched us intently.

As we hit the half way point across the field the herd bolted towards the gate that was our destination. As they crossed our route they rounded to face us, lining up in fighter jet formation. I’d never seen a cow run so fast. I’d certainly never seen 8 cows run so fast.

The bastards had clearly blocked us off and were now peering at us ready to charge. I scampered straight back up the hill leaving my Dad wandering bullishly towards his untimely demise. At which point he scarpered after me and with the aid of a well placed thorn bush we scrambled over the barbed wire and into the adjoining field.

A few circulars later and we stumbled on what seemed like a path. Rejoicing, we followed it, somewhat out of desperation. As we passed the herd of cows from the safe side of a thick hedge we saw their calves beyond the gate we’d been headed for and understood their aggression. Vindicated in my situation analysis we serendipitously stumbled upon another path, this one with a huge pointed cross stump hailing the Pennine Way. How did we miss that?!

A simple lunch in Gargrave and a map purchase made for a more successful afternoon and we followed the River Aire, winding through fields and villages towards Malham, our next stopover. As he heavens opened we found refuge under a gazebo in a Quaker’s graveyard at Airton, and they lived up to their friendly name offering us tea and biscuits. Hardy Yorkshire men as we are we didn’t stop long though and soldiered on through the downpour (we had to put our waterproof coats to use after all!) Eventually were within sight of our destination and the huge rocky outcrop of Malham Cove rose up in the distance. Somehow it looks even bigger from a distance than it does up close.

The Youth Hostel didn’t open until 5pm and we’d completed the 1o-ish miles by 3pm despite getting lost in fields of angry cows. The Buck Inn provided much needed refreshment exclusively from local breweries (Timothy Taylors, Thwaites and Copper Dragon) and we were half cut by the time we checked in and showered.

Lamb Henry for me and chicken curry for my Dad were provided at the pleasure of the Lister Hotel, where Old Peculiar was a revelation. A couple of hours of pool and oggling the Eurovision song contest ensued (as well as the fantastic bar girls back at the Buck).

(*though I should point out that I’m terrified of most creatures including cats and dogs, let alone farmyard animals)

7 thoughts on “Thornton in Craven to Malham”