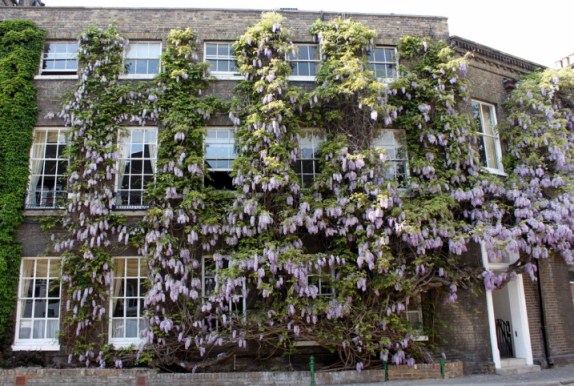 The wisteria in Chiswick is pretty old, even if it is a relative newcomer by London standards. As the river Thames snakes through the suburbs of west London – past the old cemetery, the botanical gardens at Kew and the brewery of Fuller Smith and Turner – this foreign import sits quietly, gracefully; boughs of improbable twists clambering around the architraves and balustrades of the pretty terraces that run both parallel and perpendicular to the curves of the river.

It’s at Fuller’s Brewery that the oldest wisteria in the UK calmly entwines its way around the Victorian buildings, defiantly taking hold of the old brew masters cottage, never to let go. For 180 years it’s bloomed twice yearly, a bounty of lilac blossom weighing on the strong yet vulnerable web of vines.

The wisteria are the only twisting vines* that find their way into the brewery complex now that the famous Fuller’s beers are made with pelletised hops rather than full flowers, but boy would you not know that from the taste of the produce.

Perhaps Fuller’s have been inspired by the wisteria in their passion for brewing robust beers that develop, grow and flourish as the months and years slip by. Drink Past Masters XX or Brewer’s Reserve too soon birth and you get a sharp, unsubtle beer. Save for a year, or even ten, and the harsh youthfulness mellows into rich, decadent adulthood, bearing mature fruit and complex flavours.

Past Masters XX can trace its roots to 1891 making it younger than the wisteria. Based on a Victorian recipe for a beer called XXK (XX indicating a doubly strong beer and K meaning simply ‘keep’) it’s a splendid display of malt decadence and hop preservation – boozy, spicy and sweet. Plumage Archer, a long forgotten malt variety (even though it was bred, introduced and retired all within the second decade of the wisterias life) is combined with triple measures of Fuggles and Goldings hops, a combination designed to help the beer withstand the degrading effects of time.

Fullers Vintage, year 2000, is a bit of a stomach burner. Vodka and cardboard nose; prunes and fruit cake washed down with sherry; alcohol-soaked raisins for afters. It’s been 11 years in its bottle, quietly waiting to fulfil its purpose, and boy does it not disappoint – in fact it might be the most splendid bottle of beer of the past 11 years.

Technically Fullers beers have been maturing since 1845; recipes developing, brewing techniques changing, equipment getting shinier and more automated. If anyone knows how to age a beer it’s surely these guys.

After all, even Kew Gardens couldn’t keep their wisteria going for over 180 years. When their plant died, guess who they asked for a cutting…?

*Actually, hops are bines, not vines, because they don’t cling with tendrils, they grow skywards with the aid of their own hairy stems.

Thanks to Fuller Smith & Turner for inviting everyone on the inaugural European Beer Bloggers Conference to Sunday dinner and a session on how they age their vintage beers. Ta to all the team there – if you get the chance to visit the brewery (and eat and drink there) it’s an experience you won’t want to forget. 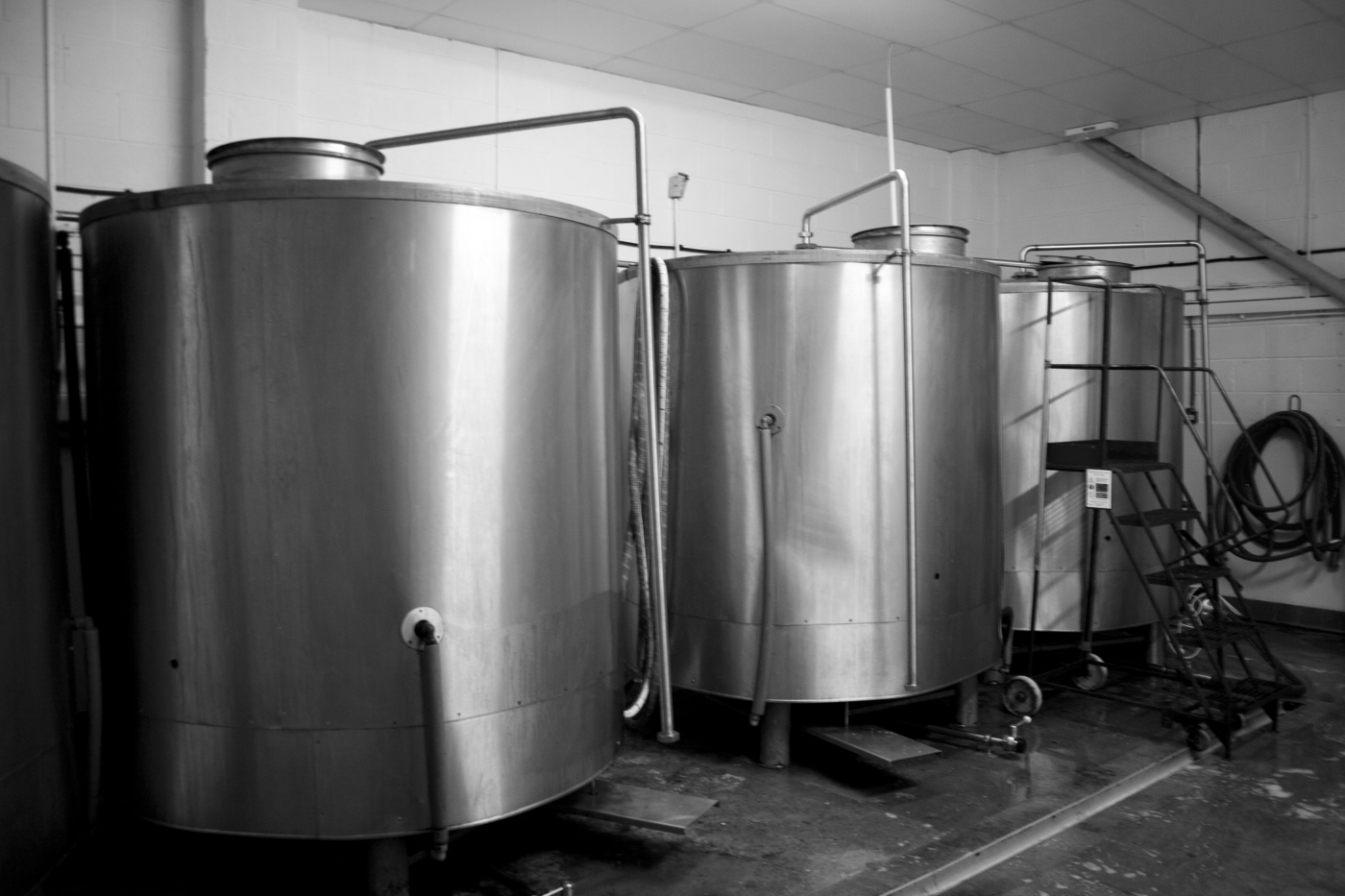 Somewhere amongst the craft beer revolution the mass produced lagers that line supermarket shelves were demonised, no thanks to A-B InBev and a dash of UK lout culture. It probably didn’t take much for some people to come to this conclusion, not least those who’ve read anything by Naomi Klein. END_OF_DOCUMENT_TOKEN_TO_BE_REPLACED